Who We Are Board Staff Choir History Donations

Pacific Youth Choir’s staff is made up of outstanding musical professionals and dedicated, creative administrative staff. We are excited to have John Baker serve as our Interim Artistic Director for our 20th Anniversary season 2022-2023! 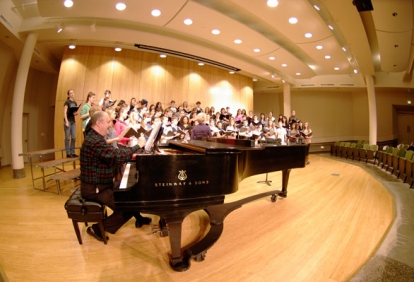 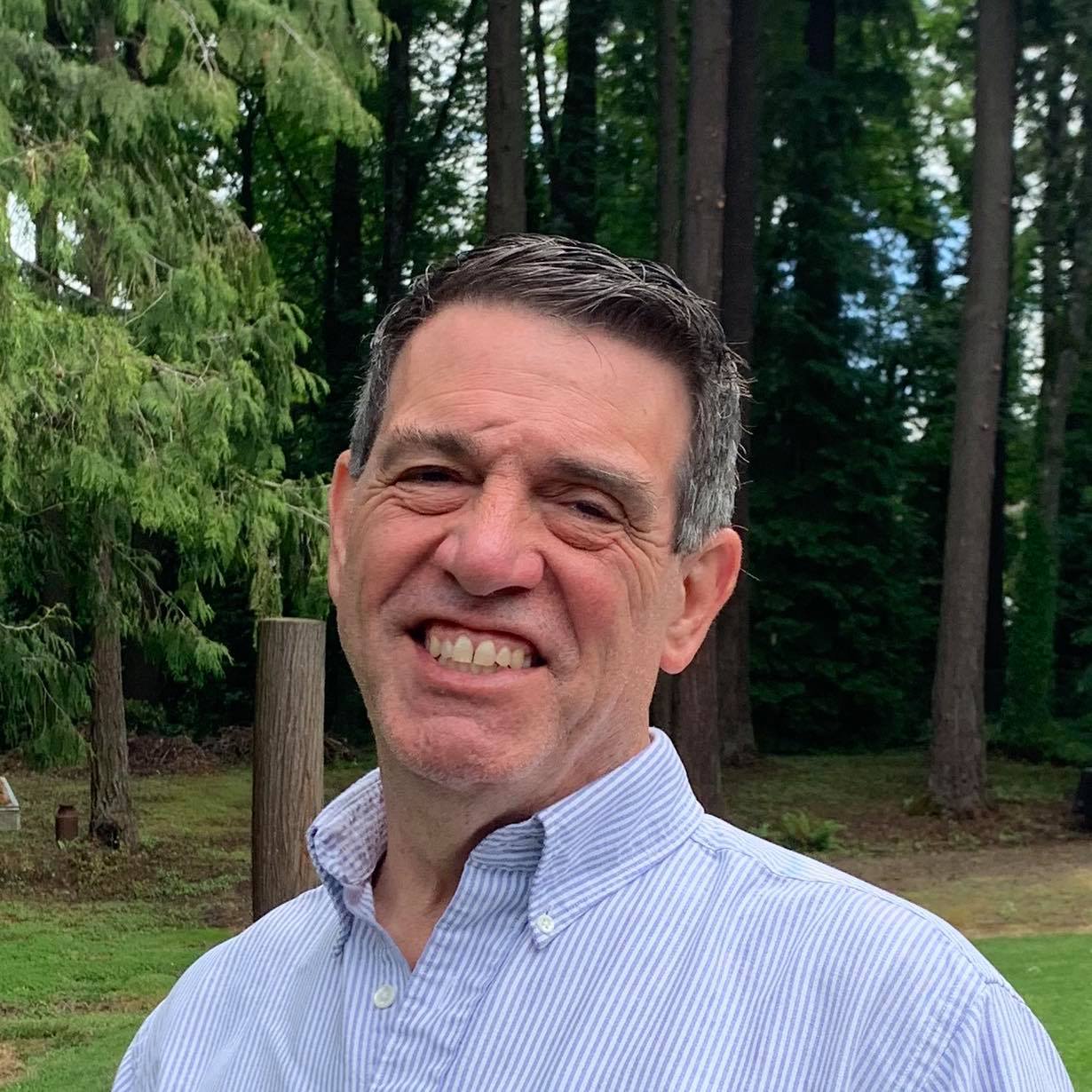 is thrilled to be working with the wonderful young people of Pacific Youth Choir! John is also the Artistic Director of Tilikum Choir, Milwaukie Lutheran Church Choir and most recently, Portland Boychoir. Baker received his undergraduate and graduate degrees in Choral Music from Oregon College of Education. On February 11, 1980, he stepped into the position of choir director at Rex Putnam High School located in Milwaukie, Oregon. This position he held for 32 years. During his tenure at Rex Putnam, the A Cappella Choir and Choralaires performed at state, regional and national ACDA and MENC Conventions. In 1993, he and his wife, Sandy, founded the North Clackamas Children's Choir, a program which continued for 15 years with approximately 125 singers in 3 choirs. Now retired from public music education, John keeps active in the greater choral community. He is a frequent clinician, adjudicator and choir retreat specialist. Music literacy is a trademark of his teaching. He has a Sight-reading and Theory program which are used at many schools throughout the Northwest. Mr. Baker has served as a guest conductor/clinician for honor choirs, workshops, and retreats in Oregon, Washington, Arizona, Montana, Canada, Alaska and Thailand. 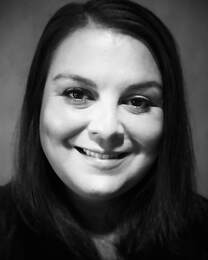 Amber Schroeder is a native of Gresham, Oregon and received Bachelor’s (2001) and Masters of Education (2005) degrees from Portland State University in Portland, Oregon. There she participated in the award winning PSU Chamber Choir under the direction of Dr. Bruce Browne. She is currently pursuing a Masters in Music, Choral Conducting degree through Simpson College in Indianola Iowa (2023). Amber has been privileged to serve school and church choirs aged Elementary through Adult and choirs, many of which have performed at events throughout the Northwest, including the Oregon Music Educators Association Conference. She recently won Pamplin Media’s “Best Teacher” award, which is voted on by members of East County where she resides with her husband Jeff and her children Andrew, Camden and Bella and conducts choirs at Sam Barlow High School. 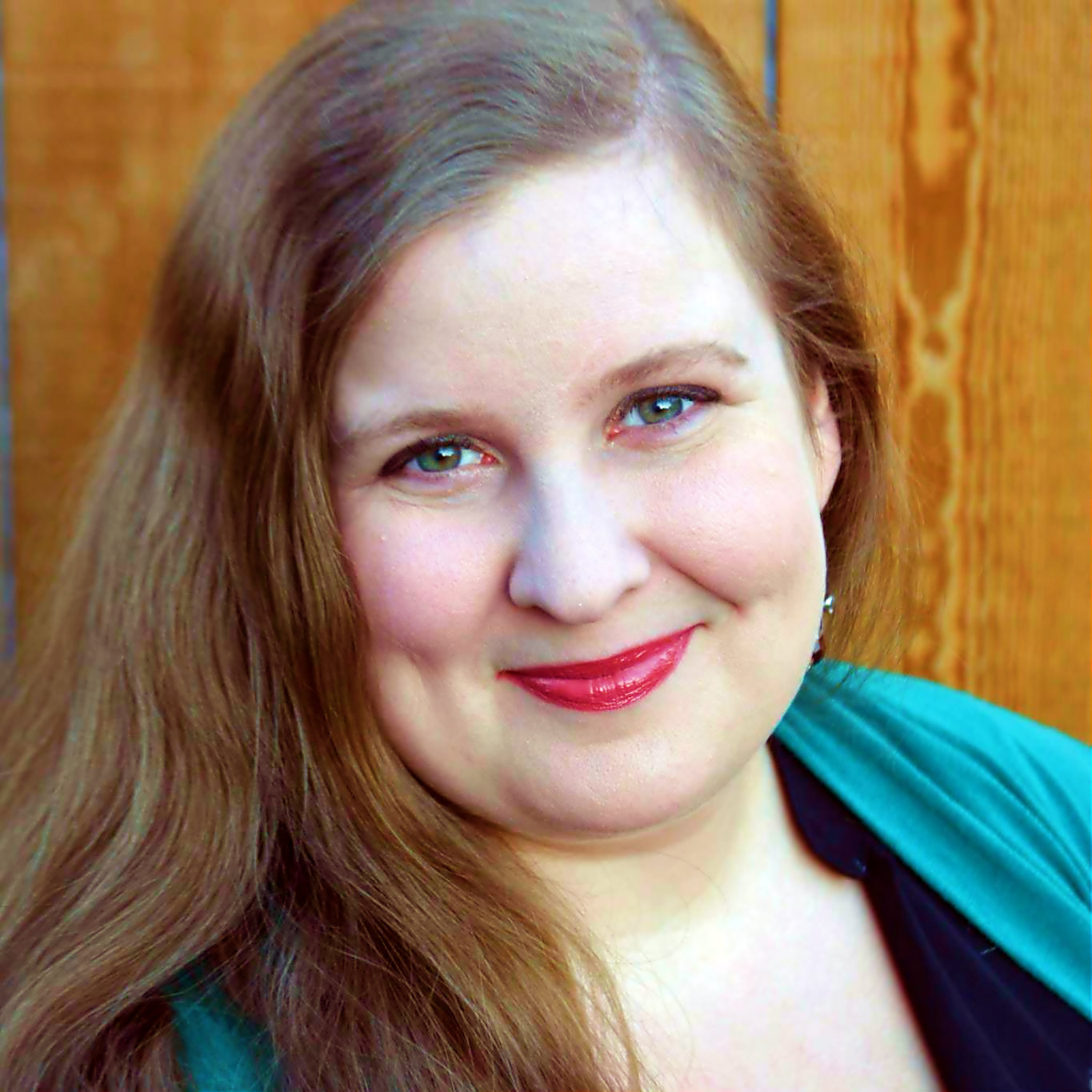 A founding member of the Pacific Youth Choir, Kaeli Porter is proud to serve as the conductor of Cascadia and Girlchoir as well as the Artistic Assistant to her mentor, Mia Hall Miller.  Kaeli's positive and enthusiastic teaching has led her choirs to sing at festivals and conferences all around the state of Oregon.  Her choirs have been invited to perform at the Oregon Music Educator's Conference, the Pacific International Choral Festival and have been featured by the Oregon Symphony in their kids concert series.

In addition to her roles at PYC, Kaeli also teaches Choir and Drama at Inza Wood Middle School in Wilsonville, Oregon, provides vocal direction for the West Linn - Wilsonville School District's yearly Middle School Musical and serves as the Soprano Section Leader and Assistant Director at St. Michael and All Angel's Church in NE Portland.  She is also proud to serve on the Board of the Oregon Chapter of the American Choral Director's Association as Repertoire and Resources Co-Chair for Junior High and Middle School Choirs with her friend and colleague, Cinda Reeves-Snyder.

A Portland native, Kaeli attended Cleveland High School and participated in the choir program there under Steve Peter. She credits her high school experiences at Cleveland and PYC with helping her discover her love of teaching music. Kaeli holds a Bachelor of Music in Music Education and a Teaching Certificate from the University of Oregon as well as a Master of Music in Conducting from Portland State University.

Kaeli is committed to bringing the joy of music to young people all around the greater Portland area and works passionately to make sure that everyone has the opportunity to participate in music and singing. 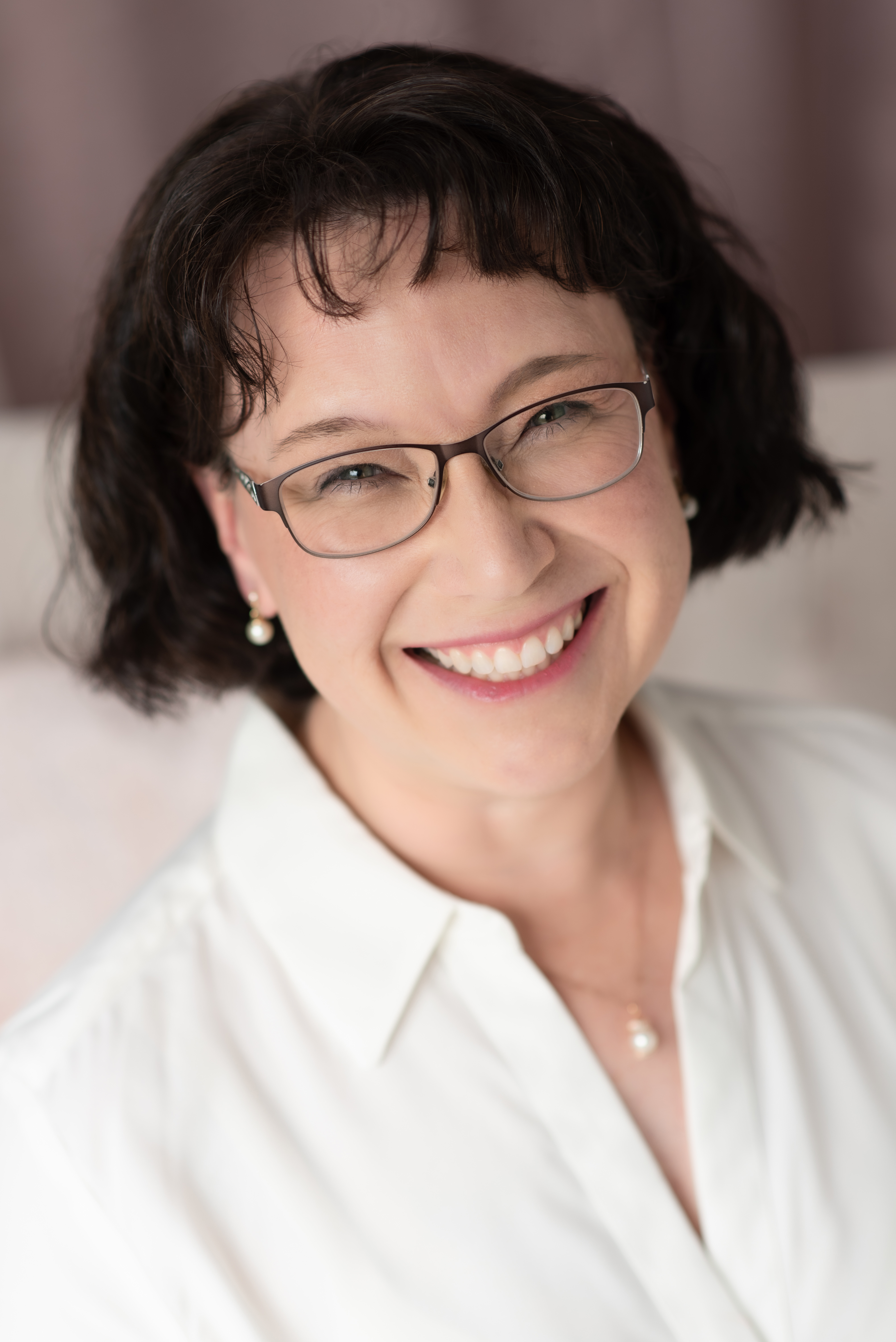 Kendra Kay Friar is a music teacher at Bonny Slope Elementary School and a performing member of Choro in Schola, a professional ensemble which provides choral workshops to high school students in the Portland Metro area.  Kendra is proud to specialize in elementary-general and early childhood music education.  Her 25+-year career includes teaching music classes at Young Learners Preschool in Beaverton, public school general music in numerous communities, and undergraduate courses at Pacific University and The University of Texas.

She also has a long history of service to the music education community, including four years as Elementary Chair for Oregon Music Educators Association (OMEA) and six years as an editor and reviewer for the national publication, Journal of General Music Education.  In 2021, Kendra received OMEA's Excellence in Elementary Music Education Award, and, in 2022, she accepted a two-year appointment to the Equity Committee of the National Association for Music Education (NAfME).  In addition to directing choirs at every elementary school where she has worked, she has also directed children's and youth choirs at First United Methodist Church in Portland, Tualatin Plains Presbyterian Church in Hillsboro, and First United Methodist Church in Georgetown, Texas.  Kendra has presented workshops at multiple conferences, including Oregon All-State, Washington All-State, Illinois All-State, and NAfME-NW.  She will present her latest session, "Scott Joplin:  A Guide for K-12 Music Educators," at the 2022 NAfME National Conference in National Harbor, MD. Kendra has sung with Porltand Symphonic Choir, Bach Cantata Choir, and Oregon Chorale.

With more than 30 years of choral education experience, Mia’s dedication and enthusiasm for working with young people is widely recognized. In addition to founding PYC, Mia is a popular adjudicator and clinician. She has conducted the Oregon Music Educators Association, All-State Elementary Choir, Middle School Girl’s Honor Choir, Pacific University’s “Music in May,” and many high school clinics and festivals.

Mia holds Bachelor’s and Master’s degrees in Music from the University of Oregon. She studied further in Stuttgart, Germany while singing with outstanding choral directors Helmuth Rilling and Frieder Bernius. She continues conducting studies in workshops with Dr. Rodney Eichenberger. Mia is a member of American Choral Directors Association(ACDA) and has served as membership chair for Oregon and co-Chair of the Middle School Honor Choir. Last Spring, Mia received the Oregon Symphony's 2016 Schnitzer Wonder Award. This award honors an individual or organization that directly works to build community through the next generation of artists and/or student musicians.

In 2003 she founded Pacific Youth Choir, which has grown to include 300 singers in 12 choirs. PYC in residence at Trinity Cathedral has gained a reputation for quality that has led to continuing collaborations with Oregon’s top musical organizations including: Oregon Symphony Orchestra, Portland Youth Philharmonic, Eugene Symphony, Oregon Ballet Theater, Whitebird Dance, Portland Chamber Orchestra, Trinity Choir, and Thomas Lauderdale and Pink Martini in performances and recordings.  PYC has been honored to perform at ACDA conventions in 2008 in Vancouver, BC, the 50th Anniversary National ACDA Convention in Oklahoma City, March 2009, and the 2012 convention in Seattle, WA and the upcoming 2018 Northwest ACDA convention to be held in Portland.

Ruth brings a background in marketing, administration, graphic design, and volunteer coordination to her position with the choir, with whom she has served since its inception in 2003. Previous positions include creative services director of SmartStuff Software, freelance graphic design, and volunteer coordination for the First Presbyterian Church Youth Choirs. She has a bachelor of fine arts degree from the University of Colorado. 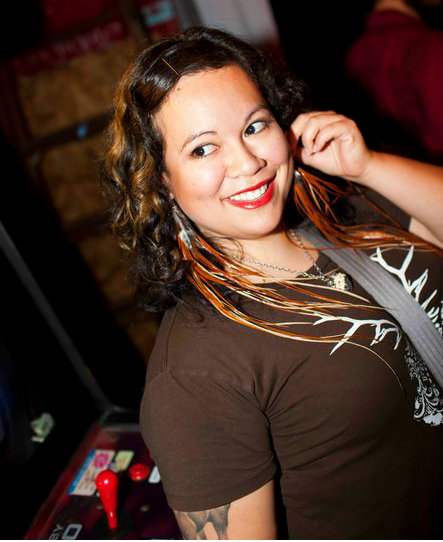 Soprano, Maria Karlin has sung for a variety of sacred and secular vocal ensembles such as Cappella Romana, the Julians, and Resonance Ensemble with whom she was the featured soprano soloist for Stravinsky's ballet, "Les Noces." Ms. Karlin has also performed with various local opera companies as a soloist and chorus member; Opera Theater Oregon, Divergent Opera, Eugene Opera, and Portland Opera.

Recording and singing live soundtracks for movies is a particular passion. She has been a soloist for Richard Einhorn's "The Passion of Joan of Arc" with the David York Ensemble as well as "Grand Duel" with Federale for Portland's Filmusik, and a special showing of an original Star Trek episode (Spectre of the Gun) with Atomic Arts theater troup. You can also hear her voice in an episode of the CW's Supernatural (Frontierland). Last year, Maria had the honor of recording a brand new song by David J Haskins (Bauhaus and Love and Rockets) written in tribute to his friend David Bowie, of whom she was and is an immense fan. Maria also performed for the soundtrack "Half-time in America"-- An Emmy-Nominated Chrysler commercial starring Clint Eastwood, which aired during the 2012 Superbowl.

Maria's Spaghetti-Western band, Federale have taken the stage at the Filmore in San Francisco and the Henry Fonda Theater in LA. You can hear them providing much of the soundtrack for "A Girl Walks Home Alone at Night" written/ directed by Ana Lily Amirpour; an Israeli-vampire-western and darling of the 2014 Sundance Festival. They also contribute the title song from their 4th album, All the Colours of the Dark for Ms. Amirpour's sophmore film, The Bad Batch starring Keanu Reeves, Jim Carey, and Jason Momoa. Federale's 5th album was be released Nov. 2019.

Michael Barnes has accompanied singers and instrumentalists of all ages since his earliest years in Seattle. He is heard on several CDs and has played for Pavarotti, Sarah Brightman, Dawn Upshaw, and visiting singers from the Chicago Lyric, Houston Grand, and Metropolitan Operas. He has taxied Sherill Milnes in his car and hugged Marilyn Horne. No coward, he has toured tirelessly for Community Concerts and is one timid third of the hapless and hilarious comedy troupe "The BoZoArtZ Duo."

He collaborates with the Portland Gay Men’s Chorus, the Bravo! Vancouver Chorale, Portland Opera, Portland State University, Marylhurst University, and holds sway over the noon concert series at The Old Church. He is the organist at Westminster Presbyterian Church and assists at Temple Beth Israel and Sixth Church of Christ Scientist.

As a native Portlander, Barton has been active in the local music scene for over 25 years. He studies both piano and vocal performance at Whitman College, University of Oregon, and Portland State University.  He is currently the director of music at Montavilla United Methodist Church.  Mr Rippe recently retired from the operatic stage having performed with the Portland Opera for 17 seasons.  Barton has performed with most of the reputable vocal ensembles in town and specializes in coaching and accompanying young musicians.  Being a father of three, he has a passion for working with children, especially those coming from economically challenged and underserved ares. Mr Rippe is excited to be a part of the PYC family, and looks forward to participating in the development and growth of the outreach program.

Hannah is a Portland-based organist, pianist, and harpsichordist. Her undergraduate degrees are from Oberlin College and Conservatory of Music, with graduate degrees from Pittsburg State University and the Courtauld Institute of Art. As a collaborative keyboardist, Hannah has performed with many of the top choral ensembles in the area, including In Mulieribus, Portland Symphonic Choir, Cantores in Ecclesia, Resonance Ensemble, and Pacific Youth Choir. Hannah is an adjunct instructor of organ at the University of Portland, performs regularly on piano with the Cascadia Chamber Ensemble, and sings with the liturgical choir Cantores in Ecclesia. She is currently Director of Music & Organist at St. Michael & All Angels Episcopal Church in NE Portland.

An award winning Vocalist, Pianist, Conductor and Composer, Garrett Bond holds a Bachelor of Music degree in Music Theory & Composition from St. Olaf College in Northfield, Minnesota and recently achieved a Master of Music degree in Choral Conducting with a graduate teaching fellowship in Collaborative Piano from Portland State University in Portland, Oregon. Garrett is an active composer, conductor, collaborator and director within the Oregon community and abroad, having had his compositions performed in multiple countries across 3 continents. Garrett is a staff singer and conductor at Trinity Episcopal Cathedral, President of the Board of Directors for the Bells of the Cascades, and is currently pursuing a 2nd Masters degree at Portland State University in Collaborative Piano.